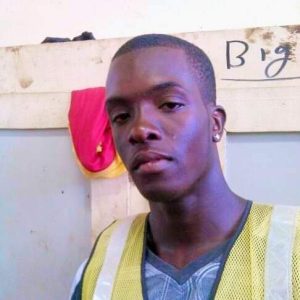 The prime suspect in the stabbing death of his child’s mother was Tuesday morning found hanging in an abandoned house in Wismar, Linden, police said.

The Police were looking for Leseton Baynes following the stabbing death of 22-year-old Kelly Charlotte, a teacher of 790 One Mile Extension, Wismar, Linden, which occurred at about 9:15 Sunday night.

Commander Winter said that earlier Tuesday , at about 06:40 hrs, Silver Baynes, a 54-year-old businessman of Wismar, Linden called the Wismar Police Station and reported that he received information that his nephew Leseton Baynes’ body was hanging in an abandoned house at Andy Ville, Wismar.

Shortly after, at about 07:00 hrs, Police visited the scene.

Police examined the body, but no mark of violence was seen on the exposed part. The body was escorted to the Linden Hospital Complex where Leseton Baynes was pronounced dead by Doctor Dorrego.

The body was then escorted to the G.Jetsto Funeral Home, awaiting a Post Mortem Examination.