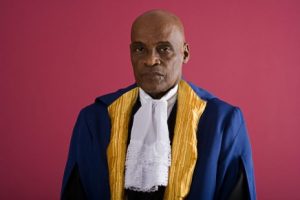 One of the architects and a judge of the Caribbean Court of Justice (CCJ), Professor Duke Pollard, died on Tuesday in a hospital in the United States, close friends said.

Sources said he passed away in a hospital in New York shortly before he was due to return home.

Mr. Pollard demitted office as CCJ judge in June 2010. He also served as Professor in the Law Department of the University of Guyana.

Close associates of Professor Pollard remembered him as someone who also encouraged younger folks to invest in education and played major roles in the revision of the Treaty of Chaguaramas, the founding document of CARICOM. “This is a loss to the region,” the associate said.

His career within the CARICOM Secretariat includes the post of Officer-in-Charge, Legal & Institutional Development Division (1996-2002) and Director of the Caricom Legislative Drafting Facility (2003 to 2005), before his elevation to the Bench of the Caribbean Court of Justice.