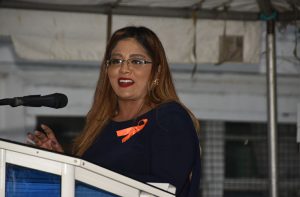 General Secretary of the People’s National Congress Reform (PNCR) Geeta Chandan-Edmond is on leave but she on Tuesday down-played experiencing personal difficulties as the major reason for deciding to proceed on vacation.

There is no indication of when she will resume office, as she has since requested an extension without stating the date.

Ms Hazel Pyle-Lewis is said to be performing the duties of administrator.

Ms Chandan-Edmond also apologised for having been unable to attend the recent Leadership Retreat that was held Old England, Upper Demerara River.

The PNCR General Secretary has cited personal, family, business, professional commitments and obligations as reasons for seeking an extension of leave. She has informed the party that she would be away from August 10 to September 4.

Contacted on Tuesday, Ms Chandan-Edmond told Demerara Waves Online News she would only say that “I would be resuming shortly” because she was yet to complete “the pending obligations and commitments that I have.” 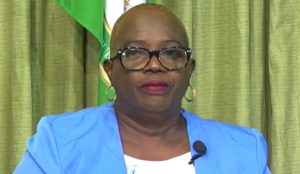 The Attorney-at-Law and former Magistrate said she usually applies for leave at this time of the year- Easter, August and Christmas break- to be with her children. “I was never asked, I applied for leave on my own volition,” when she was pressed about whether it had anything to do with difficulties she had experienced at A Partnership for National Unity+Alliance For Change (APNU+AFC) rally at the Burnham Basketball Court just under one month ago.

Ms Chandan-Edmond had been scheduled to speak but was unable to do so.

Ms Chandan-Edmond is a former AFC supporter. She took 0ver as PNCR General Secretary from party stalwart Amna Ally after Mr Norton swept to the post of party leader in a landslide victory in December 2021.