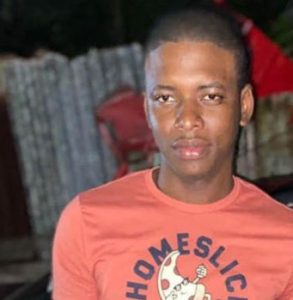 The Working People’s Alliance (WPA) on Wednesday urged the Guyana Police Force to divulge more details about the role of the commanding officer in the shooting of Golden Grove, East Coast Demerara resident Quindon Bacchus.

“WPA wants the investigators to reveal who gave the orders for the operation in question and why that functionary was not charged. While we welcome charges against the shooter or shooters and the accomplices, we feel it is equally important that those who sanctioned the
operation be also held accountable. It is hardly likely that the alleged shooter or shooters could have acted without the consent of others in the chain of command,” the WPA said.

The top brass of the police, the WPA said,  must not be allowed to use these charges as a mask to protect others who may have been part of the crime. “Nothing short of the whole truth should suffice,” that party added.

That party, which has been at the centre of agitation for justice on the East Coast corridor, welcomed the “belated movement” by the Director of Public Prosecutions (DPP), Shalimar Hack to recommend that undercover police Lance Corporal, Kristoff De Nobrega be charged with Bacchus’ murder.

“The murder charge instituted against one of the policemen at the scene of the crime represents an important initial step in the direction of justice for the family of Mr. Bacchus. We feel that pressure of public protest was instrumental in this latest development. Hence
our party salutes the family of the deceased and the Golden Grove community in general for standing firm despite myriad efforts to get them to cease their protest,” that party said.

Two other policemen were charged with related offences, but the WPA claimed that there were more than three policemen at the scene of the crime at Haslington, East Coast Demerara and questioned why they were not charged.  “First, from all indications there were  more than three ranks at the scene of the crime. We therefore ask what role they played and why charges have not been instituted against them?,”  the WPA said. According to that party, in the past persons had been charged although they could not have been prosecuted successfully while “others closer to the crime were protected.”

The WPA urged Guyanese and the justice system to keep a close eye on the Bacchus murder case, even as it urged the family and the
community not to allow the institution of charges against the accused to distract them from larger  quest for justice.

The Guyana Police Force had said that Bacchus was shot shot dead during his efforts to sell an undercover policeman a handgun. An autopsy shows that he died of multiple gunshot wounds.