President forges ahead with appointment of Police Service Commission 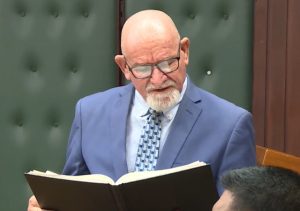 President Irfaan Ali on Tuesday afternoon swore in three of the four members of the Police Service Commission (PSC), just over one hour after Opposition Leader Aubrey Norton threatened to take legal action if government went ahead and did so without the completion of consultations.

Pastor Findlay was also sworn in as the PSC Chairman.

The move by the Guyana government to forge ahead with the PSC’s appointment for the next three years came one day after Mr. Norton refused to attend a second round of in-person consultations with Dr. Ali. The Opposition Leader said he was busy and at any rate he needed the grounds upon which each specific recommendation for appointment is being made. 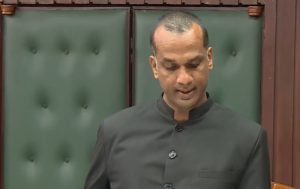 President Irfaan said he had already submitted the 14 curriculum vitae to the Opposition Leader. The President said he could not vary the names of the nominees for the PSC. “The names of the Police Service Commission have been already approved by the National Assembly so the President has no discretion on those names,” he said.

The term of office of the PSC commissioners expired in August, 2021, although the commission had been suspended by the President and the promotion of more than 100 officers had not been recognised by the government.

The Opposition Leader told a news conference earlier Tuesday that if government went ahead with the appointment legal action would be taken. He contended that the Caribbean Court of Justice defines what is the meaning of meaningful consultations between himself and the President. 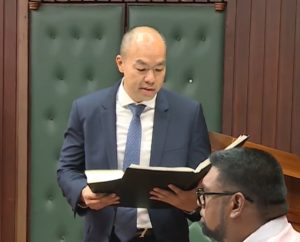 2022-05-31
Denis Chabrol
Previous: Norton refuses to meet Ali on Service Commissions; Govt will consider “what is good” for Guyana in appointing Chancellor, Chief Justice
Next: Time to educate, crackdown on tobacco use