Teacher was bludgeoned to death; husband still at large 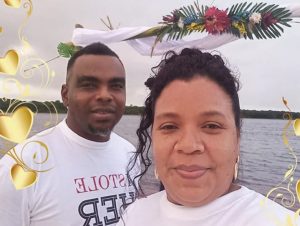 As police on Monday continued their manhunt for a man, who is the prime suspect in the death of his wife, an autopsy showed that she was battered to the head.

The body of the 39-year-old teacher of Crane, West Coast Demerara, was identified to the Government Pathologist by the woman’s brother and sister.

A police force spokesman said the search continues for her husband, Clarence Farley.

Investigators said the man’s car was seen parked in a lumber yard at Coverden, East Bank Demerara on May 28.

The body of the woman was found at her Crane, West Bank Demerara home in an advanced state of decomposition.