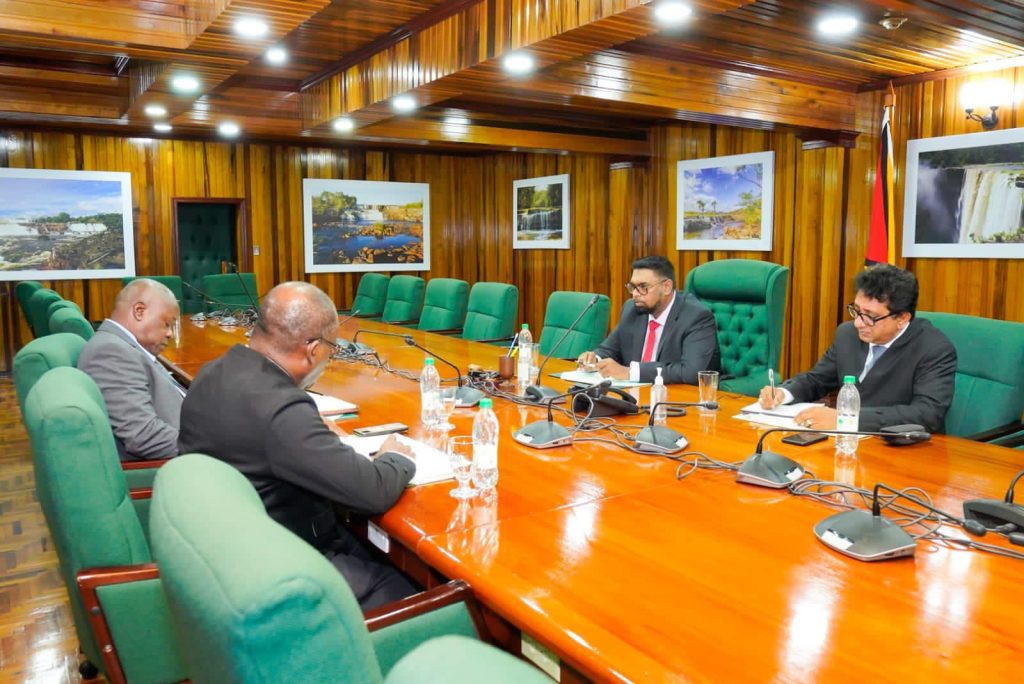 Opposition Leader Aubrey Norton on Friday asked President Irfaan Ali for the qualifications and work experiences of nominees for the Integrity Commission and three service commissions including those that are responsible for hiring and firing judges, police and teachers.

The Opposition Leader later told reporters that after receiving the CVs, “we’ll do an assessment and then we’ll engage again.” “We need the CVs. The whole process of meaningful consultation has been defined in law. In fact, in the second aspect, it says clearly that you need time to assess so the CVs are needed and once we get the CVs, we’ll do what we have to do,” he said.

According to the joint statement, Mr. Norton on Friday said at the face-to-face consultations what was the “further information” that he requested in writing on May 12, although Governance and Parliamentary Affairs Minister, Gail Teixeira asked for “specificity on the information that is being requested.”

The Opposition Leader was invited to the constitutionally required talks on April 29, 2022 under the hand of the Hon. Gail Teixeira, Minister of Parliamentary Affairs and Governance and Member of Parliament.  Prior to today’s meeting, the Leader of the Opposition by letter dated 9th May 2020, requested details of the appointments to be made.

Asked if he was satisfied with the consultations, he said that did not matter and he was more concerned about ensuring the process complies with Guyana’s constitution and the law as far as “meaningful consultation” was concerned.

Minister Teixeira responded on 11111May, 2022 providing the details of the Commissions and the names of the persons who are the subject of the consultations to be appointed to those Commissions.

The Chairman and the other members of the Integrity Commission are to be appointed after “consultation” with the Opposition Leader.

The Chairman shall be a person who is or who was, or who is qualified to be appointed as a judge or any other fit and proper person. The other members shall be appointed from among persons appearing to the President to be qualified as having had experience of, and shown capacity in, law, administration of justice, public administration, social service, finance or accountancy or any other discipline.

Retired Justice  Beasraj Singh Roy has been selected by the National Assembly after it “meaningfully” consulted with the Guyana Bar Association to pick him because he is a lawyer who is not in active practice.

In addition to the Chancellor of the Judiciary and the Chief Justice, who are automatically members of the Judicial Service Commission, the President appoints the others who are a current or former High Court judge or Justice of Appeal after “meaningful consultation” with the Opposition Leader.