“The Diaspora cannot be lazy” Ali tells Guyanese in Canada 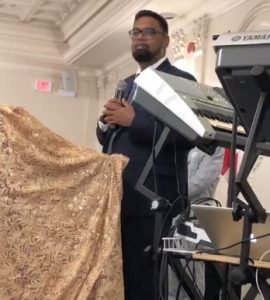 President Irfaan Ali on Saturday night urged  the Guyanese Diaspora in Canada take advantage of growing economic opportunities in their homeland, even as Governance Minister Gail Teixeira said the Guyanese at home alone could not develop Guyana.

Dr Ali travelled to Canada because his uncle passed away, but popped in at the Guyana Festival Committee’s dinner that was held to mark this country’s 56th Independence Anniversary ahead of the actual date, May 26, 2022.

The President told the gathering that they have to spend time in Guyana, conduct research, feasibility studies and “get involved.”

Among the plans he highlighted was the establishment of a a US$100 million oil and gas training centre that would replace the Guyana Sugar Corporation’s (GUYSUCO) Port Mourant Training Centre, educating primary and secondary school students in elementary coding and software development, provision of free university education, involvement in robotics and making Guyana food secure.

The Guyana government, with the support of the International Organisation of Migration, has established a Diaspora Unit at the Ministry of Foreign Affairs.