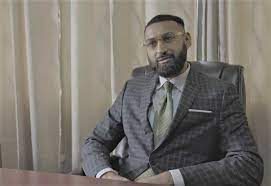 Indo-Guyanese Attorney-at-Law Nirvan Singh has denied hurling racial slurs at an Afro-Guyanese police woman who had been on duty at his residence last month but declined to go into details because the matter is before the court.

“I, therefore, wish to say that the racist conduct, of which I am accused, in no way reflects my philosophy or personal values,” he said in a statement published in the privately-owned Stabroek News newspaper.

Woman Special Constable, Shawnette Bollers has since filed a defamation lawsuit against Mr. Singh, but no mention has been made of him spitting on her as she had previously alleged through her lawyer.  Police Commissioner Clifton Hicken earlier this week said an investigation was conducted and that the case file has been sent for legal advice.

Touching on his alleged racial attack on Ms. Bollers,  Mr. Singh said his upbringing could never see him behaving in such a manner. More importantly, it would be an indictment on my parents and elders, given their efforts to ensure that my upbringing would produce in me a person of the highest moral, ethical, and professional conduct,” said Mr. Singh.

The Attorney-at-Law, who is the son of former Chancellor of the Judiciary Carl Singh, declined to delve into the details of the alleged incident, which he termed an “engagement” with Constable Bollers on March 20, 2022.

The younger Singh, however, explained that he opted to issue the statement because of the several reports, rumours, and allegations that are untrue and have no basis in that engagement, or as a result of it.””

“While I am constrained from specific comment at this time, given that the matter is now being litigated before the courts and is therefore sub judice, I do recognise that there are no such rules in the critical court of public opinion,” he said.

Mr. Singh promised to continue serving anyone regardless of their background. Finally, while I wait for this matter to be properly determined in court, I will strive to remain respectful and faithful to my values, to serve my clients from all walks of life with professionalism, and to use every opportunity to be of service or support to my fellow citizens regardless of race, class or creed.”

The Police Commissioner said Constable Bollers was still on active duty but she has been posted to another location.

The Working People’s Alliance and the People’s National Congress Reform (PNCR) have condemned Mr. Singh for allegedly uttering those statements to the Constable in ordering her to leave his premises.