Top US official for talks with govt, opposition, civil society 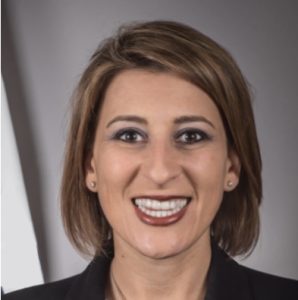 The United States Deputy Assistant Secretary for Caribbean Affairs and Haiti, Barbara A. Feinstein will this week hold wide-ranging talks with the Guyana government, opposition and civil society, the American Embassy said Wednesday.

Ms. Feinstein’s March 24-26 visit to Guyana comes against the backdrop of frequent calls by American Democratic Congressmen and President Joe Biden for “inclusive” economic growth for all races and the preservation of democracy.

“Her visit underscores the continued importance the United States places on the U.S./Guyanese partnership,” the US Embassy in Georgetown said.

Her agenda includes meetings with Vice President Bharrat Jagdeo, members of the opposition, the Caribbean Community (CARICOM), the private sector, and civil society.

While the opposition A Partnership for National Unity+Alliance For Change has been aggressively accusing the government of racial and political discrimination and corruption, the governing People’s Progressive Party Civic has denied those charges and has insisted that the opposition recognises it as  having been legitimately elected in March 2020. The coalition and the government have accused each other of electoral malpractices.

Ms. Feinstein has served on the professional staff of the House Appropriations Subcommittee on State and Foreign Operations and the House International Relations Committee of the United States Congress.

She holds a Master’s degree in International and Public Affairs from Princeton University and a Bachelor of Arts in Latin American Studies, Spanish and Portuguese from the University of California-Berkeley.