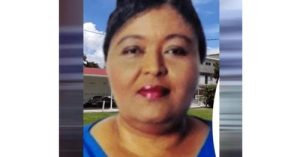 A woman’s body found on the Kingston foreshore earlier this week has been identified as that of former Information Technology (IT) Manager, Jennifer Sweetnam.

Police said no marks of violence were found on the woman’s body when it was found on March 3, 2022 on the shore aback the Marriot Hotel.

Police said investigators were informed that the 57-year old woman had suffered from depression.

After the body was identified by cousins, Government Pathologist Dr Nehaul Singh gave the cause of death as drowning. “At the time of the discovery of the woman’s body, investigators found no marks of physical violence on her,” police said.

The body was then handed over to relatives for burial.