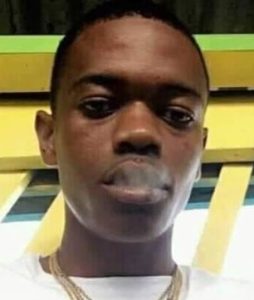 The man was reportedly held earlier Monday at the Eugene F. Correia ‘Ogle’ International Airport shortly before attempting to board a plane to Trinidad and then to the United States.

He is accused of the shooting death of 25-year old  Leon Gittens of 118 Cowan Street, Kingston. The incident occurred in East La Penitence when Gittens went to visit his girlfriend.

The perpetrator was dressed in wig and dress when he opened fire on Gittens in the presence of his daughter at midnight February 18, 2022 at Lot 211 Freeman Street, East La Penitence.