Gold miner on charge for marijuana in bucket 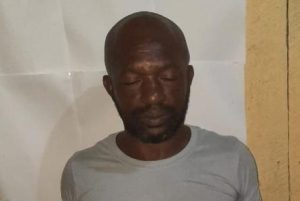 A gold miner of Light Street, Georgetown has been charged almost 300 grammes of marijuana for the possession of trafficking.

Mr. Cox, whose address is 105 Light Street, Georgetown, has to return to court on March 14. The case has been transferred to the Kamarang Magistrates’ Court.

Police say that on February 4, Cox was charged with the offence.

Investigators had said that following a tip-off, they had gone to Cox’s home at Imbaimadai where a search unearthed a quantity of seeds, leaves and stems suspected to be cannabis sativa stashed in a five-gallon bucket.

Police say he was told of the offence committed, cautioned and he admitted to the ownership of the narcotics.

Previous: No need for Guyana gov’t to compensate GTT- PM Phillips in response to APNU+AFC’s Cathy Hughes
Next: Norton to possibly wait until April to become Opposition Leader