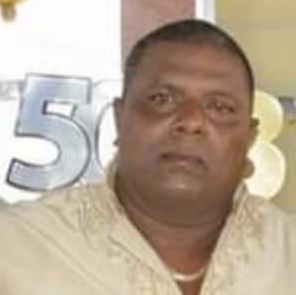 A river search was up to late Friday now underway for a man who disappeared during a boat mishap on the Essequibo River at 11 o’clock on Thursday night.

Those who survived and swam to their home-island are well-known businessman, 58-year-old Feroze Amin of Good Success, Wakenaam, and taxi driver, Floyd Dazzell.

Police were informed that Mr. Amin and Mr. Kuber left Wakenaam in a fiber glass boat powered by a 100 horsepower outboard engine driven by Amin, to pick up Mr. Dazzell.

Investigators say the survivors told them that as they were returning to Wakenaam the boat capsized and went down.