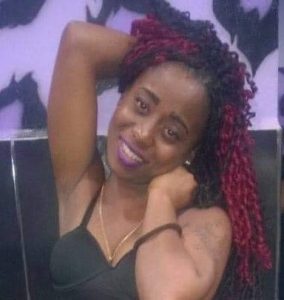 A woman was Thursday afternoon stabbed to death by her ex-partner at her mother’s home in ‘C’ Field, Sophia, Greater Georgetown, the Guyana Police Force said.

The woman was stabbed at about 1 pm.

Police say that the woman allegedly met her demise at the hands of her ex-partner who went to her mother’s residence.

There, according to police, he demanded a reason from Cooper about why she no longer wanted to be with him.

Eyewitnesses tell police that the woman asked the suspect to leave her mother’s premises and he suddenly whipped out a knife from his pants waist and stabbed the victim in the region of her heart.

Cooper then ran a short distance before she collapsed.

He then dropped the knife in the yard and made good his escape.

Previous: OPINION: National Budget: from the perspective of the struggling, it is paltry and punishing
Next: Youth dies after stepfather stabs him during domestic dispute with mom