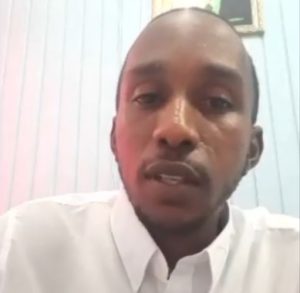 The Chairman of the People’s National Congress Reform (PNCR), Shurwayne Holder on Friday said he expected the issues surrounding the posts of Opposition Leader and Representative of the opposition coalition’s list of candidates to be resolved in the interest of his party and the wider coalition.

“I am confident that we will arrive at a decision that will be in the best interest of the party,” he said when asked whether he expected the internal party process to yield an outcome that is in keeping with the PNCR’s Central Executive Committee that the party leader, Aubrey Norton, should become the Opposition Leader in the National Assembly.

He explained that the PNCR’s Central Executive is in discussion on the matter and “one would expect that whatever solution or whatever we come up with would naturally be in the interest of the party.”  Mr. Holder said the PNCR Leader and the Opposition Leader have reached some agreement. “They agreed on certain principles, they agreed on certain things which are being discussed at the party level and at all levels and at the end, the general expectation is that we would have a a decision that is favourable to the PNC and the entire coalition,” he said.

Asked to comment on a report that Opposition Leader Joseph Harmon is set to resign from the post before next Monday’s sitting of the National Assembly, A Partnership for National Unity+Alliance For Change (APNU+AFC) parliamentarian Ganesh Mahipaul described it as “very much mischievous and not true.” Mr. Mahipaul, regarded as a close confidante of Mr. Harmon,  refused to rule in or out the Opposition Leader’s resignation.

While responding to a separate question, Mr. Mahipaul reminded that the General Secretary of APNU is Mr. Harmon and the PNCR Leader is Mr. Norton.

Concerning Mr. Harmon’s absence from at least two news conferences, Mr. Mahipaul highlighted that Mr. Harmon was still playing a major role with the APNU+AFC parliamentarians. “Mr. Harmon continues to be a guidance to all of us. He is working with us, he is engaging different, different persons at different levels but he is around and is functioning effectively; I can assure you that,” he said.

Mr. Norton has already identified the need for the PNCR Leader to be also the Representative of the List of APNU+AFC candidates, currently the legal responsibility of then party leader David Granger.