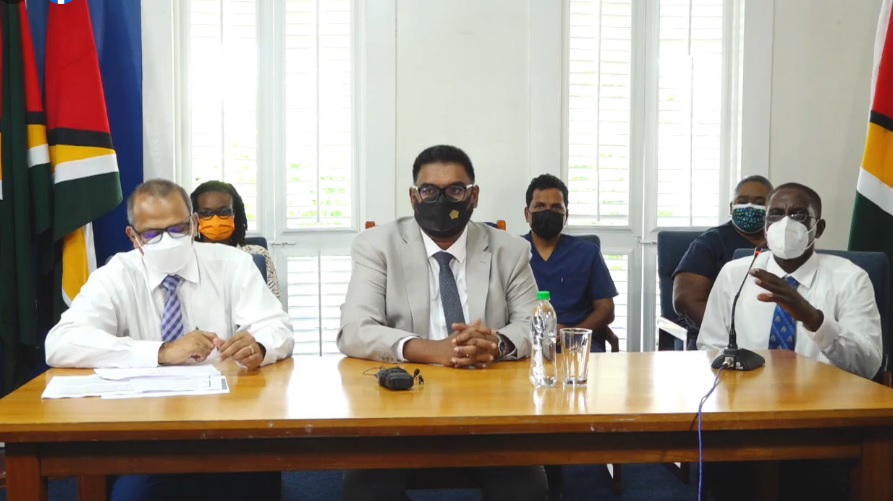 The opposition People’s National Congress Reform (PNCR) on Wednesday raised a range of concerns including a lack of information about the variants of the coronavirus, COVID-19, in Guyana, but the Health Minister Dr Frank Anthony said all the available evidence points to the presence of the highly contagious Omicron variant.

The PNCR berated the government for a lack of information about the pandemic in Guyana, including epidemiological data to confirm the variants in Guyana.

But the Health Minister said the Delta variant was still the dominant variant here but from the look of things the Omicron variant would eventually be the most prevalent here. Even as Guyana awaits gene sequencing results due in two weeks to confirm which variant is here, Dr. Anthony said that regional and international evidence was pointing to strong indicators that the Omicron variant is in Guyana. “From the epidemiological evidence that we have , we do believe that it’s Omicron and that’s because of its contagiousness, the amount of cases that we’re seeing, the shortened time, the types of symptoms that people are having, the less hospitalisation that we’re witnessing so there are  all these features that we have observed using our collection of data and because of that we can predict that is what we have here,” he said.

Touching on the scientific aspect of testing, he said the Polymerase Chain Reaction (PCR) also gives an early indication that the variant is Omicron ahead of gene sequencing confirmation. “In the light of the epidemiological evidence and what we are seeing with the S-gene drop-off , we are pretty sure that we have Omicron here so I don’t think there is enough debate there,” he said  .

The Health Minister denied claims by the PNCR that government has no data to manage the pandemic, saying that a team meets on a daily basis to examine data to plan and refine strategies to cope with the viral disease. “We are very sure about what we’re doing and its data-driven and its science driven,” he said.

Meanwhile President Irfaan Ali said of the estimated 200 health workers who are infected with the virus, 50 are doctors , 75 are nurses and 41 are technicians.  Medical Director of the Georgetown Public Hospital Dr Fawcett Jeffrey added that seven of the 32 doctors of the obstetrics and gynaecology department have been infected by the virus,  and overall 56 GPHC nurses have contracted the virus,

The President and Dr Jeffrey said there was no cause for alarm because contingency plans are in place.