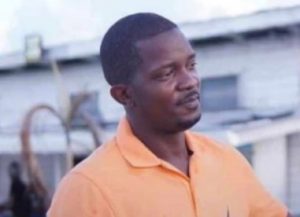 A Beharry Group of Companies Training Officer, who is also bodyguard, was Friday night shot dead in Albouystown, Georgetown and his service handgun and jewellery were stolen, police.

Police said three unidentified men attacked Mr. Newton as he was returning to a Beharry Group vehicle from a goldsmith.  Investigators were informed that one silver hand band, one gold chain and two gold finger rings as well as one Glock 9MM pistol and two magazines of 15 rounds each and a cellphone were stolen.

Police said that Newton went to a goldsmith on Campbell Street where he collected the now stolen items he had taken to clean. He then was shot as he was walking back to a Beharry Group of Companies vehicle that was parked on Sussex Street Albouystown.

“About five minutes later the goldsmith was informed by a teenager that the person that collected the jewelry was shot and lying on the street. As a result the goldsmith went out and saw Newton lying motionless on his abdomen in the street,” police said.

Newton was taken to the Georgetown Public Hospital where he was pronounced dead and his body was taken to a mortuary awaiting an autopsy.