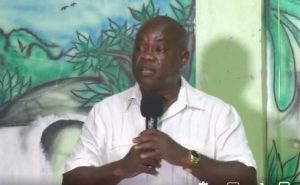 The Private Sector Commission (PSC) on Tuesday strongly rebuffed Leader of the People’s National Congress Reform (PNCR) Aubrey Norton’s assertion that that business organisation is perceived as politically biased and indicated that it was unapologetic on its stance concerning the attempt to rig last year’s general and regional elections.

“The Private Sector Commission notes with regret Mr. Norton’s unfair and inaccurate criticisms of the Commission as “politically biased” and can only assume that his remarks were driven by the fact that the Commission, in the defense of democracy, vigorously opposed the attempt to rig the last election in favour of the APNU/AFC Coalition,” the PSC said.

The PSC had observed the recount of the votes cast at the March 2, 2020 general and regional elections after there had been more than one declarations by the Region  Four Returning Officer,  Clairmont Mingo.  The Guyana Elections Commission (GECOM), after court battles, eventually used the results from the recount to declare the People’s Progressive Party Civic (PPPC) as the winner. Prior to the declaration, the then Chief Election Officer Keith Lowenfield had delivered a third declaration minus more than 100,000 votes as he had deemed them invalid for a number of reasons, a move that ultimately the Court had struck down. The APNU+AFC had called the PSC a PPP “stooge”.

At  the same time, the PSC, in congratulating Mr. Norton on his election to the post of PNCR Leader, said it has a number of expectations of him.  “The Commission looks forward to Mr. Norton leading a strong, responsible and vibrant opposition, upholding the Constitution and urging respect for the maintenance of law and order, as the leader of the major party in the APNU/AFC Coalition,” the business organisation said.

The Commission said it “very much” welcomed Mr. Norton’s expression of interest in supporting the private sector and and said eventually he would be invited to Mr. Norton to meet with the Commission in this regard.

The PSC sought to assure the PNCR that it remains an independent organisation that address cross cutting
issues that affect the business community and by extension the people of Guyana.