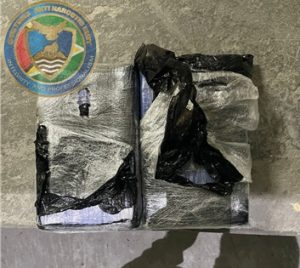 The cocaine that CANU said was found in possession of a man on Austin Street, Campbellville.

A deportee has been arrested for allegedly being in possession of more than two kilogrammes of cocaine worth GY$13.8 million.

The Customs Anti-Narcotics Unit (CANU) says he was arrested on Austin Street, Campbellville on Monday.

The anti-drug agency says the more than two kilogrammes of cocaine was mostly likely being prepared for trafficking to the United States.