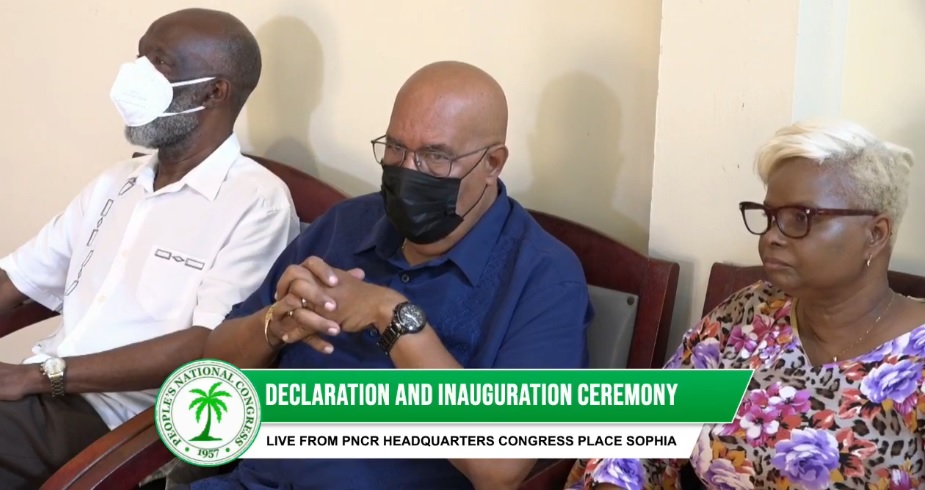 “I also want to indicate to the party that I promised inclusiveness  and that the party constitution provides for advisors to be appointed,” said the PNCR Leader.

He described Dr Charles’ campaign as a “good job” and praised Ms. Lawrence who “managed excellently” a period of uncertainty.

Turning his attention to the internal electoral process, Mr. Norton praised the party’s Chief Election Officer Vincent Alexander because “you have allowed us to place this party where no one can question our democratic credentials which is very critical.”

Struggling to hold back tears, an emotion Norton admitted that “it is the first time in a long time I have been overwhelmed and I believe the party has put trust in me and I hope to deliver on it” when he stressed that he would make the PNCR a grassroots party representative of all ethnic groups and always at the ready to contest general elections. “I want to work with this executive to transform this party into a permanent election campaign machinery,” he said.

According to Mr. Norton , he would struggle to strengthen the party institutionally and ensure inclusive governance rather than exclusion on the basis of camps. “We will govern this party together, we will work together. I do not want to hear in our party that somebody was against Norton and so that person is excluded. This is our party, the elections are over and we must move forward,” he said.

He again identified the need for a new voters’ list, a new Chairman of the Guyana Elections Commission and a new Chief Election Officer as well as a Sovereign Wealth Fund law provides for “checks and balances and the people are involved in decision-making” and if government fails to take action “we will act politically.”

He warned that Ms. Singh and Mr Persaud’s tenure will “face protest in every fashion” because the basis for any free and fair elections has to be independent officials.