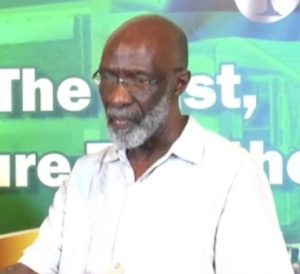 Counting of votes cast in Saturday’s elections for the Leader of the People’s National Congress Reform (PNCR) and other positions has been finished but a preliminary declaration would be made early Sunday, the party’s Chief Election Officer Vincent Alexander said on Sunday.

“We are at the point where we have the results of various counts as opposed to results of the elections,” he said in a virtual update on a PNCR Social Media platform. Describing the counting of votes for the 15-member Central Executive Committee as “very tedious” as there were 123 contestants for the 15-member Central Executive Committee, he said much of he count has been finished but one composite preliminary declaration would be made after he tabulates the counts.

The PNCR’s internal rules say that only the Chief Election Officer will issue “final results”.

Mr. Alexander also cautioned against anyone speculating about the outcome based on unofficial information from a few areas across Guyana. He stressed that the “real result” would be done based on the voting process that went well. “No one is in a position at this point in time to declare a result because no one is in possession of all of the information required for that declaration,” said Mr. Alexander. He said there was no need to speculate and become anxious. “Anybody who tells you what the results are overall, that person can only be speculating,” he said.

Aubrey Norton has reportedly claimed victory based on available numbers, but Joseph Harmon said he has not conceded defeat. The other contestant is Richard Vanwest Charles.

Mr. Alexander has said that there were more than 2,500 delegates who were eligible to cast ballots in the 10 administrative regions and the Diaspora.

All of the aspirants for the post of leader have pledged to work with each other and their supporters for the good of the PNCR.

2021-12-18
Denis Chabrol
Previous: PNCR has “sad history of revolt” by the power-hungry, wealth-seeking; time for new political culture- David Granger
Next: Tuschen man caught with $100 million worth of cocaine- CANU