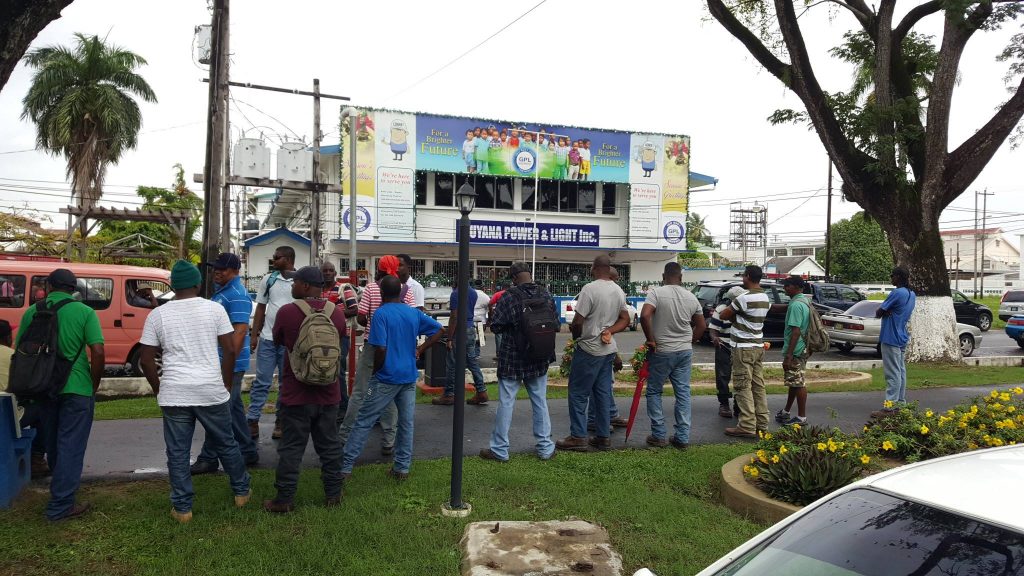 The union representing just under 1,000 workers of the state-owned Guyana Power and Light (GPL) on Wednesday night said it was ready to accept a 7 percent across-the-board increase in salaries as an “interim” payout, but the power company’s Chief Executive Officer Bharat Dindyal said it could not afford to pay more.

“We can’t afford anything; nothing at all. By the end of this year, our deficit will be about $2.6 billion so whatever we pay basically has to be borrowed,” Mr. Dindyal told a news conference.

He said the cost of producing electricity has “skyrocketed” by an additional US$27 million at the end of October, 2021 and projected to spent US$35 million by year-end.

The National Association of Agricultural, Commercial and Industrial Employees (NAACIE) said it would be staging industrial action in the coming days and would be asking the Chief Labour Officer to hold conciliatory talks with the two sides.

The union said it would be willing to accept the 7 percent increase- the same given to public sector workers-pending negotiations for 2021 that would also include a new Collective Labour Agreement (CLA). “We are trying to tell GPL’s management that the employees are willing to accept the 7 percent as extended by the government and here it is management is not capitalising on such an opportunity,” the union said.

NAACIE flayed GPL’s management for failing to address the theft of electricity that has been affecting the power company’s “bottom line” and its ability to pay workers’ based on increasing cost of living.  GPL and NAACIE last held negotiations in August, 2021, with the hope of reaching a multi-year agreement from 2021 to 2023.

GPL, earlier this week, did not rule out paying an increase in salary. “GPL’s Management remains cognisant of the expectations of its valued staff and is committed to realistically meeting those expectations,” said. However, the CEO on Wednesday said the company could not afford to pay the workers more. “From a business standpoint, we don’t have money to pay an increase,” he said.

Mr. Dindyal explained that even if the government and the company reach agreement on paying workers more, the big question would be whether GPL could continue doing so. “We know that 7 percent has been awarded to public servants and the expectations of the union currently is that they would get the 7 percent but is it sustainable,” he said.

The power company’s wage and salary bill, he said, is among the highest in Guyana. The GPL said there was no breakdown in communication, and the company has not put an offer on the table.