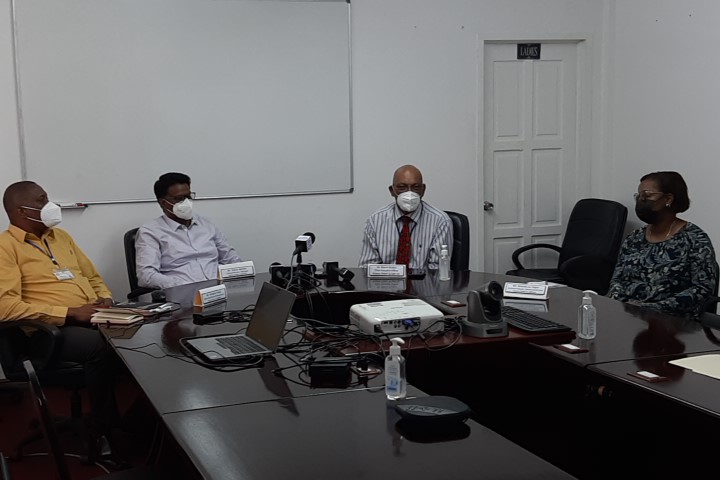 “We have actually resumed recently a focus on prosecuting people for electricity theft. That is going to be our major focus next year . We have to reintroduce that prosecution,” he told a news conference.

He said a Loss Director has been reappointed.

While many electricity thieves tamper with meters to reduce or eliminate a record of their actual consumption, thousands of other persons mainly in depressed communities climb utility poles and hook on wires to  GPL’s transmission network.

In that regard, the power company boss indicated that plans are being made to go into those areas and disconnect the illegal connections. “That calls for a response; a team to go into those areas and that’s a huge problem right now. We are assessing how do they mitigate the risk of sending in a team in an area where almost everybody stealing  and they’re prepared to bring harm to anybody who tries to dissuade them from doing that,” he said.

The GPL CEO said there is nothing more that can be done “in terms of hardening the network” to counter electricity theft but the system could be engineered to kill electricity thieves. “The legal folks will wish to tell us that we are essentially  entrapping people but those designs are designed to kill you basically if you want to access power illegally and we would not wish to get to that,” he said. Instead, Mr. Dindyal said GPL would “step back a bit” and determine what could be done.

About 7.5 percent or half of the 15 percent of non-technical losses are estimated to be due to electricity theft, amounting to $5 billion annually.

GPL has so far invested US$640 million in various loss reduction strategies, but GPL said there are now about 15,000 illegally connected street lamps and vandalism of  smart meters by contracted employees including former power company workers. Mr Dindyal said contractors have been tampering with the current cards and changing metrology boards in the meters which each cost US$300.

Currently, GPL said it has about 1,900 Automatic Metering Infrastructure (AMI) capable meters in a pilot project in the heart of the city.  “What we are doing is going to a place where the system is so sophisticated that we can sit in an office and see what you’re doing with the meter at home,” he said.

He called for a culture change in a country where improving technology and some enforcement have not helped to counter the stealing of electricity. “Policing this has not been successful. We have thousands of people who have been caught who are in the courts; matters languishing because we can’t dispense with three, four thousand cases,” he said.

GPL is a state-owned power company which is governed by a Board and management.