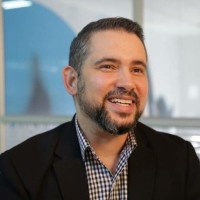 Teleperformance, Guyana’s largest international call centre, is planning to expand its operations to the Caribbean, but Finance Minister Dr. Ashni Singh urged the company to expand across Guyana first.

Addressing the company’s 5th anniversary observance and awards ceremony at the Pegasus Hotel on Monday, Guyana Country Manager Luis Barreto announced that plans are being to spread its operations beyond the Caribbean island of Jamaica.  “We are working on a Caribbean expansion. Teleperformance has a very genuine interest to not just grow in Guyana… We do have persons in Jamaica but we are still missing a lot of the smaller countries out there to be able to deliver,” he said. He said that in addition to the 1,200 jobs in Guyana, Teleperformance plans to  hire 3,000 persons as part of its expansion in the Caribbean.

Mr. Barreto said the Guyana operations, with the level of English, the cultural affinity and the right type of leadership and revenues, would be used to invest in the Caribbean expansion plans. “I also intend for Guyana to be the main sponsor of that expansion, both financially and resource perspective. What it means is that we are going to be funding out of Guyana that expansion into small countries and we will be procuring and providing opportunities for leadership resources to help branch out,” said the Teleperformance Country Manager.  He indicated that a number of managers might be drawn from Guyana to work in the Caribbean. “Guyana will be put at the forefront of the expansion, whatever countries we decide to go , it will be led by Guyanese leadership which to me is very exciting,” he said.

But Finance Minister, Dr. Ashni Singh is urging the company to first consider spreading its operations to other parts of Guyana.  “Even as you consider your expansion in the Caribbean, I would urge you to consider with even greater urgency; if you’ll permit me, I’ll recommend for your consideration the expansion of your footprint in Guyana,” he said. While Teleperformance plans to open a second location in Georgetown, the Finance Minister recommended that that company to set up operations in Berbice, Essequibo and Linden in order to provide more jobs.

With about 70 percent of Teleperformance’s staff in Guyana working from home due to the COVID-19 pandemic, Dr. Singh said that company’s performance should not be limited by having buildings in other areas of the country. “if you have perfected the work-from-home model, as you appear to have, as a means of delivery, then even in anticipation of the establishment of a physical presence in some regions of Guyana, you can in fact already start recruiting people in those regions,” he said, adding that it would allow the company to create jobs for persons in smaller communities.

Teleperformance has increased the number of employees in Guyana from 846 in August 2020 to 1,200 this year.  The company plans to employ another 1,000 persons next year.

The Finance Minister highlighted that the Business Processing Outsourcing industry is becoming increasingly sophisticated as persons are moving on to senior positions across companies in the sector.