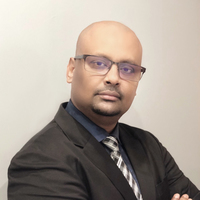 “I need to at least depend solely on the satellite imagery,” told Demerara Waves Online News/ News-Talk Radio Guyana. Mr. Parsram also begged fishermen who took the video and also some of the water to provide it to the EPA. “If they have taken any sample of that material and they can bring it to us, we can able to assess it, test it and confirm whether its oil and whether it is from any one of those operators,” he said.

He said nothing has been confirmed and so the EPA would have to rely on satellite images to see if there was any leakage or bilge from shipping vessels, drill ships or either of the two Floating Production, Storage and Offloading vessels.

Mr. Parsram said that decision was reinforced by the fact that he and other staff members did not see any trace of the pollutant within a 45-mile radius of the area that fishermen said they saw a thick dark substance on the water. Mr. Parsram, who was a member of the airborne surveillance team, said that his staff members who went by a fishing vessel could not reach the area.

“Unfortunately, both were unsuccessful. We covered the entire fishing zone within the 45-mile radius and, using our understanding of the currents, I didn’t see anything that resembled anything that was reported. Unfortunately, the fishing vessel, as well couldn’t make it out because of the weather condition…Because of the high waves and conditions and the safety of the staff, they had to return to shore,” he said.

He said after the images first surfaced on Social Media and from the Chief Fisheries Officer Denzil Roberts, the EPA contacted the National Oil Spill Committee which falls under the Civil Defence Commission (CDC).

Fisherfolk fear that pollution would result in lower catch