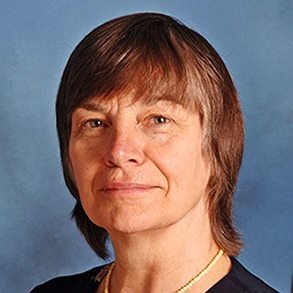 Wide-ranging long-term studies on suicide will be conducted to determine the major risk factors for suicide in Guyana which has one of the highest rates worldwide, according Professor Christina Hoven at Columbia University.

She told the opening of the Guyana Mental Health and Well-Being Conference that the study by the United States National Institute on Mental Health would begin in January as part of efforts to collectively address the “private plague” of suicide.

One of the studies entails taking saliva samples. “We’re collecting saliva and we’re doing that with Professor (Emmanuel) Cummings. There is actually a couple of talks on genetics and on mental health. Again, we have not funded the process but we’re collecting it. We always like to invest so we invest in the samples and then try to get somebody to fund the process,” she said.

Referring to the planned collection of saliva to determine whether there is a genetic link in suicide, Health Minister Dr. Frank Anthony said legislation would soon be enacted to facilitate organ storage and transplants as well as biobanking. “We’re thinking ahead because we see a lot of  the research that is happening now and a lot of  new things that are coming now is really based on molecular science and the linkages and our understanding of disease conditions has really changed because of these in-depth types of research,” he said.

The Health Minister stressed the importance for more Guyanese to be trained and educated, even as efforts are being made to “herald a new era of psychiatry in Guyana and with this type of collaboration we can only see things getting better.”

Professor Hoven said the longitudinal study would entail a nationally representative sample of 5,000 persons ages 15 and over. She explained that the second study would focus on persons going to crisis clinics “so that we can begin to tease out who is coming into those clinics and do they compare to the community sample.”

A third study, she said, would entail a survey of survivors of suicide victims. So far, she said five of the 10 regions would be targeted in this study because of a shortage of funds.

The fourth study would focus on those who have attempted suicide.

The expert said that some suicides are counted and masked as road accidents and injuries. “It doesn’t matter how you look at it. Guyana doesn’t look good when it comes to suicide or activities related to suicide,” said Professor Hoven, a child psychiatric epidemiologist.

Professor Hoven said the study would include the University of Guyana and the Georgetown Public Hospital Corporation.

She cited the need for greater awareness about the suicide hotline number.

Professor Hoven said at least 700,000 persons die from suicide every year or one person every 40 seconds and the 18th leading cause of death and the fourth globally in 15 to 19 years old.