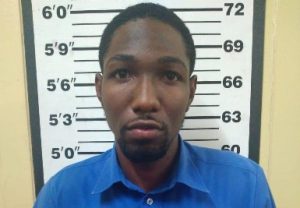 Two men posing as meter readers, who entered a yard and attacked a woman moments after she let them in, have been caught and handed over to police, the Guyana Police Force said.

The law enforcement agency credited an officer of the Guyana Revenue Authority, a policeman and public spirited citizens for arresting the men after the 56-year old woman screamed for help in the neighbourhood at Back Street, Covent Garden, East Bank Demerara.

Investigators were informed that at about noon on Monday, the housewife was washing clothes in her backyard when the perpetrators approached her back gate and told her they were from Guyana Power & Light Company and they wanted to read the meter. 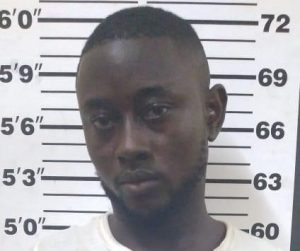 The woman told police that after she allowed the perpetrators to enter her yard and she told them that the meter was located at the front of the house as she continued washing.  “She suddenly felt someone grab her and demanded that she hand over all her money and began forcing her up the back stairs. This caused her to scream and shout for thief and the perpetrators then let go of her and walked out of the yard,” police said.

The Guyana Police Force said that immediately public-spirited citizens went to her aid and she pointed to the two perpetrators walking towards the public road.

With the assistance of a GRA officer and a police constable of Providence Police Station Traffic Department, along with public-spirited citizens, Fraser, who is a porter, was apprehended.

Police said they also quickly caught Thomas who is unemployed. He was found hiding in the store room of an apartment complex which is located in the said area.

They were both escorted to the Golden Grove Police Station where they were placed into custody pending further investigations.