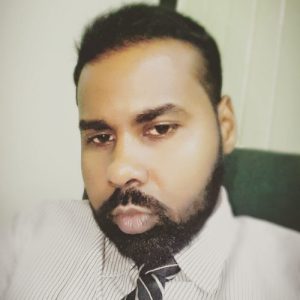 The Secretary to the Local Government Commission (LGC), Nickalai Pryce was Thursday sent on administrative leave to pave the way for an investigation into alleged misconduct, but he has already denied the allegation.

LGC Chairman, Julius Faerber said the investigation would be conducted by the Commissioners to determine if there is sufficient evidence to send the matter for further action. “It’s an internal matter by two staff and so we would like for it first to be done internally but if we find during the investigation then we’ll probably ask for external assistance but for now we are going to deal with the matter internally,” he told News-Talk Radio Guyana 103.1 FM.

Despite the fact that the government enjoys a five-seat majority, the Chairman is confident that the probe would be impartial. “I have confidence in the Commissioners. I think it’s a very sensitive issue and I think whatever decision we are going to arrive at is going to be in the best interest of both of the staff,” he said.

The Finance Manager is acting as Secretary to the LGC in Pryce’s absence. According to Mr. Faerber, the probe could take two weeks.

When told of the alleged misconduct on Wednesday, Mr. Pryce vehemently denied. “I have not done anything like that and I am asking that evidence be produced to show that I did that to her,” he told News-Talk Radio Guyana 103.1 FM.

The decision to send him on leave was made at Thursday’s meeting, after considering a  letter containing two allegations, one of which Mr. Faerber described as “administrative” from a staff member.  An LGC source said he has several other complaints against Mr. Pryce and intends to bring them forward during the probe which could see the investigation lasting as more than one month.

Mr. Faerber said “we are not aware” of any other complaints.

The complainant is on annual leave.