Digicel Guyana charged with unauthorised use of spectrum 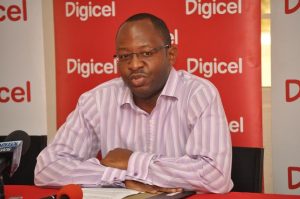 The Guyana government has taken Digicel Guyana to court for alleged  unauthorised use of spectrum.

The Prime Minister Mark Phillips, who is responsible for telecommunications, has lodged several complaints without an oath against Digicel.

A City Magistrate has since issued 14 summons for Digicel’s Chief Executive Officer to appear in court on October 22.

Digicel is being accused of unauthorised use of spectrum in the 700 megahertz and 1800 megahertz band on a number of occasions.

Digicel has been accused of failing to comply with directions under the Telecommunications Spectrum Management Regulations.

Attorney General Anil Nandlall, who released the documents to the media, described the legal action as “several criminal charges.”