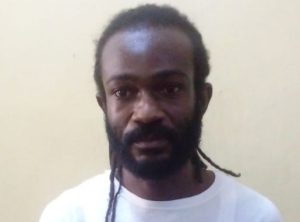 A Jamaican businessman on Wednesday pleaded guilty to illegally departing Guyana and he was fined G$20,000 or three weeks imprisonment, police said.

Region Six (East Berbice-Corentyne) Divisional Police Commander, Jairam Ramlakhan said the Jamaican man was arrested by Surinamese authorities and sent back to Guyana from where he had departed without reporting to an immigration officer.