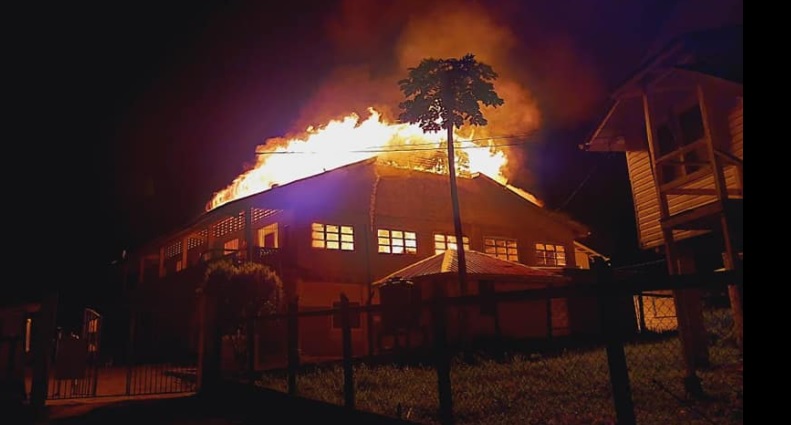 Investigators said the cause of the fire was not immediately known, but the security guard said that about 10:10 PM the security guard, Mark Knights, of Baranabo Hill, Mabaruma heard the explosions. Police said the man told them that he was “on duty at the front gate in his guard hut on his cellular phone when he heard three loud explosions which came from a room located on the second floor of the eastern side of the building and upon checking he saw the said room engulfed in flames.”

He made his way to the Mabaruma Police Station and lodged a report.

On arrival and with efforts from members of the Joint Services and the public,  but in the end  most of the building, along with articles, was damaged. They include stationery, desks and benches, chalk boards, computers, laboratory equipment, and kitchen utensils.