President lashes out at countries imposing vaccine preference on foreigners 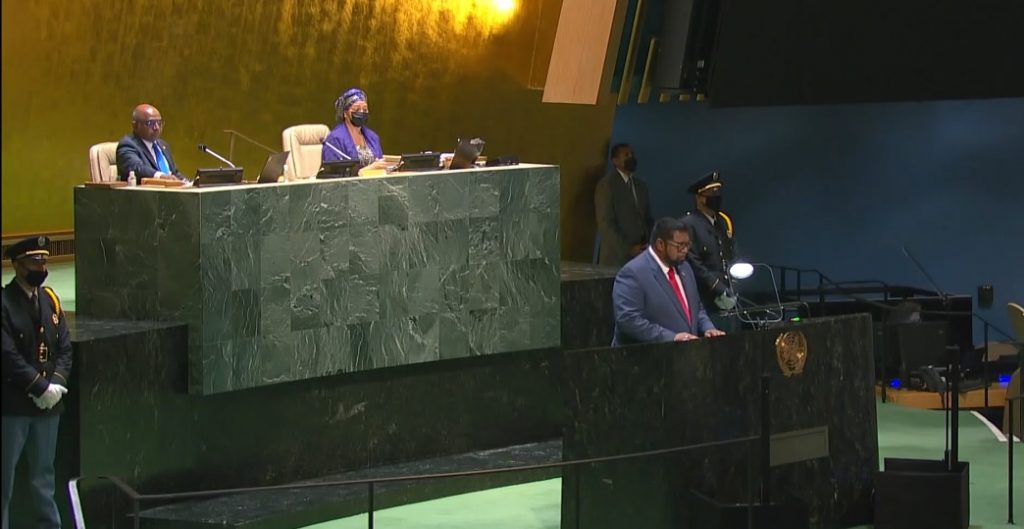 President Irfaan Ali on Thursday heaped criticism on key Western Nations that have decided to block entry of nationals from other countries that have taken vaccines that have not been approved by their regulatory authorities or the World Health Organisation (WHO).

Addressing the 76th Session of the United Nations General Assembly, he said access to vaccines has led to the polarisation of the world depending on the type of jab a number of countries have taken.

“I know, I speak on behalf of many leaders when I say that we must not now hurt our efforts at ending this polarisation of access to vaccines by implementing measures that divide us and curtail our movement based on the type of vaccines our people took,” he said.

The Guyanese leader said the focus should be on being fully vaccinated and addressing vaccine hesitance. “Millions took the vaccines which were available at a time of much uncertainty, and they are the unsung heroes.  They must not now be the subject of restrictions based on the vaccines they took,” the President of Guyana said.

Guyana’s vaccines include the Chinese-made Sinopharm, the Russian-made Sputnik V, Covishield, AstraZeneca, and to  a lesser extent Modern and Janssen as well as Pfizer.

Health Minister Dr Frank Anthony on Wednesday said it would not make any sense to be vaccinated twice against the same disease.