PNCR to hold Congress no later than December 13 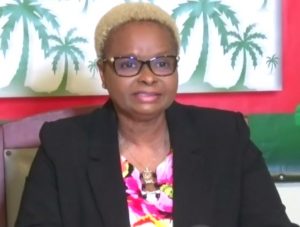 Chairman of the People’s National Congress Reform, Volda Lawrence says her party’s Congress will be held in late November but no later than December 13, with the Thanksgiving weekend being a major consideration for its US-based members.

She said that decision taken by the PNCR’s Central Executive at its most recent meeting held on Thursday.

Ms. Lawrence, who is performing the duties of Leader of the PNCR, said the Congress Committee would be established next week and would decide on Nomination Day.

Ms. Lawrence said, “based on the nominations then I would give consideration” about whether she would contest for the position of PNCR Leader.

The PNCR Chairman said the time-frame for the holding of congress was a consensus among the more than 20 members of the Central Executive who attended their meeting.

She said the “leadership structures” in Guyana and in the Diaspora would have to ensure that the process is conducted in a smooth and transparent manner. She was certain that the logistics committee would prepare all voting stations to guarantee a free and fair poll for the election of a Leader, Chairman, Vice Chairman and members of the Central Executive.