GTT scales back use of Huawei mobile equipment 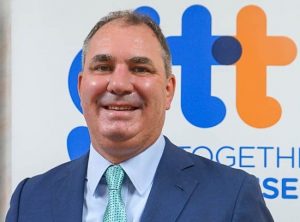 The Guyana Telephone and Telegraph (GTT) has scaled back the use of Huawei mobile communications equipment, amid persistent claims by the United States (US) that that Chinese company has embedded espionage gadgets in some of its equipment.

“We have minimised the use of Huawei equipment on our network,” GTT’s Chief Executive Officer, Damian Blackburn told a news conference on Thursday.

He said Ericson is GTT’s “main mobile network provider.” “Our policy is to minimise the use of Hauwei,” he said, adding that  his telecommunications company could not control what types of handsets customers use.

“It is well-publicised around the concerns around Huawei so everybody makes their choice,” said Mr. Blackburn a seasoned telecoms executive, having worked in the industry in the United Kingdom and other parts of the Caribbean Community (CARICOM).

Mr. Blackburn explained that GTT has not “proactively phased” out Huawei but his company has not purchased that brand of equipment in recent times.

The UK has decided to block telecom firms from installing Huawei  5G equipment on its network.

The US has banned Huawei’s mobile phones from connecting to Google’s services including YouTube, Gmail and Playstore.

The company has repeatedly denied US claims that its equipment was being used as backdoor to spy on behalf of the Chinese government.

Huawei has supplied millions of dollars of equipment to the Guyana government that is being used in a city-wide high-tech video surveillance crime-fighting system.

2021-09-02
Denis Chabrol
Previous: Treatment unit being established to treat long COVID ailments
Next: ‘I have not stepped down’- PNCR Leader David Granger