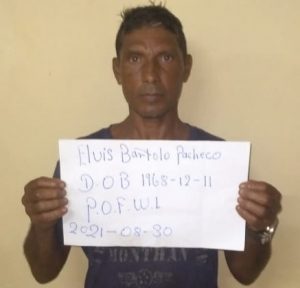 he Guyana Police Force said Elvis Bartolo Pacheco, who is a miner at Baramita, North West District, was held on Monday afternoon with one 12-gauge shotgun and one 16-gauge shotgun

Police said both guns have no serial number and the but of the 16-gauge weapon has been sawn off.

Bartolo Pacheco was told of the offence, cautioned and arrested.

He was then escorted to Matthew’s Ridge Police Station where he was placed in custody. The firearms were marked, sealed and lodged. Investigations continue, police added.