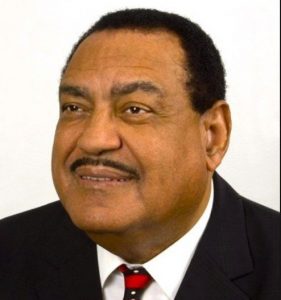 President Irfaan Ali on Monday hailed late Prime Minister of Antigua and Barbuda, Lester Bird, who died hours earlier, as a true “integrationist” who has welcomed thousands of Guyanese economic migrants and stood up in defence of Guyana’s borders.

“Sir Lester opened the doors of Antigua and Barbuda to many thousands of Guyanese at a time of economic decline in our country, and in so doing, cemented his legacy as a true integrationist, which will forever be marked in the annals of history,” President Ali said.  During the political and economic turmoil of the late 1970s to early 1990s, large numbers of Guyanese had migrated to Antigua and Barbuda in search of better paying jobs.

Sir Lester passed away at about 6 AM Monday, months after one of his legs had been amputated due to severe diabetes.  He was 83 years old.

He began his political career in 1971 and served as his twin-island nation’s Prime Minister from 1994 to 2004 when he lost power to the United Progressive Party (UPP).

In expressing “profound sadness” at the passing of Sir Lester, the Guyanese leader described him as a “good friend of Guyana and the Guyanese people” who also backed Guyana’s position against border claims. “He stood firmly and consistently with us in defence of our sovereignty and territorial integrity, raising his considerable voice in the UN, the Commonwealth and other hemispheric fora,” he said.

Dr. Ali said Guyanese are indebted to Sir Lester and Antigua and Barbuda, not only for the generosity towards our people at a time of need, but for the unflinching support of Guyana on the international stage. “The records show that he was highly regarded by all of Guyana’s Executive Presidents with whom he served, from Linden Forbes Burnham to Dr Bharrat Jagdeo,” the President said.

Sir Lester’s Antigua and Barbuda Labour Party had depended somewhat on the votes of migrants from Commonwealth Caribbean nations and naturalised nationals from the Dominican Republic to remain in office.