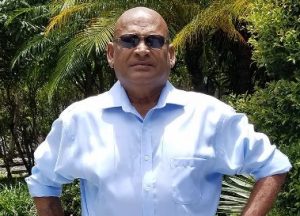 Four persons have been arrested in connection with the killing of a 60-year old overseas-based Guyanese at his home at Reliance Settlement, East Canje Berbice, police said Wednesday.

He has been identified as Hemraj Pardessi who returned to Guyana in July, 2021 . Police said his bloodied body was found in his ransacked home.

Investigators said Pardessi was last seen alive and well by his nephew,  in the company of another male, earlier on August 3, 2021. Police were summoned to the scene at about 11:30  Tuesday night

Police said the entire upper flat of the house was ransacked.

Pardessi’s body was pronounced dead by a doctor at 2:15 AM Wednesday  and the body is at the Arokium Funeral Home awaiting an autopsy.