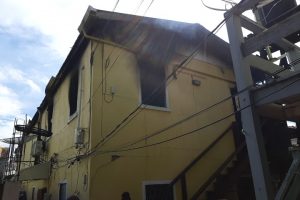 Initial reports are that at least two  women have perished in the blaze at 136 Fifth Street. One 0f them was a Cuban and the other a Venezuelan.

The apartment building was occupied by mainly Spanish-speaking persons. 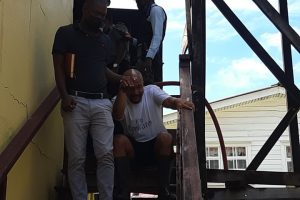 Thick grey smoke billowed into the air shortly before 9 AM Thursday but shortly after fire fighters extinguished the blaze at the concrete building.

The windows were heavily grilled.

After the fire was put out, police and emergency medical responders as well as a relative of one of the persons entered the building.

As the sobbing man exited the building, he sat on the front stair and was comforted by a detective who eventually led him away from the scene.