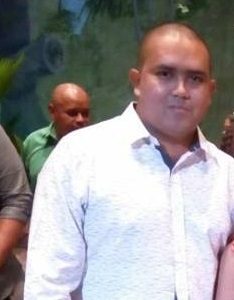 Region Nine Executive Officer, Karl Singh was Monday sent on leave and he has already been replaced until the investigation into the shooting of a woman in his vehicle is concluded, sources said.

Police sources in Lethem have said investigators are awaiting advice from the Director of Public Prosecutions (DPP). The law enforcement agency officer said the vehicle in which 25-year old Gladys Emmanuel was shot on July 21 was still in the police compound as part of the ongoing probe.

Singh was sent on leave, based on instructions from the Ministry of Local Government. Already, his replacement, Deolall Rooplall, has been flown into Lethem, the administrative and commercial capital of Region Nine (Upper Takatu-Upper Essequibo).

Back in 2013,  The Region Four (Demerara-Mahaica) Council had recommended that Mr. Rooplall be fired from the post of Regional Executive Officer but Central Government had refused to do so. 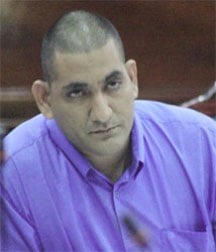 Initially, police had treated the shooting of Emmanuel as an “attempted murder” but after investigations had scaled down the incident to one of accidental discharge of Mr. Singh’s firearm.

The incident had occurred at about 1 AM on July 21, 2021 on the Lethem Main Access Road near Kanuku Lodge.

Ms. Emmanuel, a pharmacist in  Lethem,  underwent emergency surgery for the gunshot wound.

Female parliamentarians of the opposition A Partnership for National Unity+Alliance For Change had expressed outrage at the shooting and had called for an independent probe as well as the sending of Mr. Singh on leave.