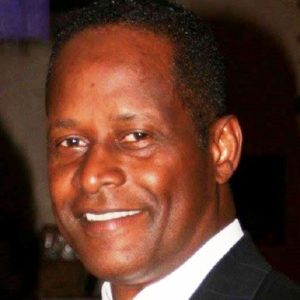 Two months after Guyana’s inaugural Diaspora conference, one of the stakeholders has complained bitterly to President Irfaan Ali about the last minute cancellation of a series of  investment webinars that should have started earlier this month.

In a letter to Dr. Ali, the President United Guyanese Diaspora Global Network Corp (UGDGN), Wayne Forde said the attitude following the May 22, 2021 conference does not cultivate trust. Mr. Forde said over the past three months, several professional members of the Guyanese Diaspora had planned for the webinar on July 18, 2021 but that event was abruptly cancelled.  “After members and associates invested many hours in planning the proposed webinar, the unilateral postponement without the professional courtesy of an explanation or an alternative time was troubling and deflated our high expectations of building a productive relationship to foster nation-building Guyana.” he told the Guyanese leader.

President Ali did not immediately respond to a request for a reaction to Mr. Forde’s letter, but Permanent Secretary of the Ministry of Foreign Affairs, Ambassador Elisabeth Harper said the Guyana Office for Investment (GO-Invest) was working with her ministry. “We’re in the planning stages coordinating with Go-invest,” she told News-Talk Radio Guyana 103.1 FM/ Demerara Waves Online News.

Mr. Forde lamented that the recent postponement of the series of webinars to inform the Diaspora of investment opportunities would not help the government to promote and strengthen relations between Guyana and the Guyanese Diaspora. “Instead, it has served to exacerbate the mistrust problem and cause some Guyanese to say, “I told you they were not serious”,” he said.

“On behalf of UGDGN Corp, I would like to express my disappointment in the lack of professional courtesy and protocol demonstrated in light of the dedicated and time-consuming effort in planning the webinar. I sincerely hope that moving forward that there will be more consideration given to the quality of professionalism and shared interest in developing our dear land,” he added.

Mr. Forde also said that the Ministry of Foreign Affairs’ website refers to a strategic plan, but the strategic plan was not shared with the Diaspora or available on Online.  He also said the Guyana government did not publish The Diaspora Engagement Strategy document created by the International Organisation for Migration (IOM) for the public or the Diaspora.

UGDGN says it is a 501(c) (3) nonprofit organization established for charitable purposes. Directors from Canada, U.S., Caribbean, and Guyana will govern the organization to bring together Guyanese individuals and associations across the globe to work collaboratively for social and economic development in Guyana.

That organisation says it is committed to promoting and encouraging active diaspora engagement for social and economic development in Guyana by utilizing the collective strengths and potential of a united Guyanese diaspora.