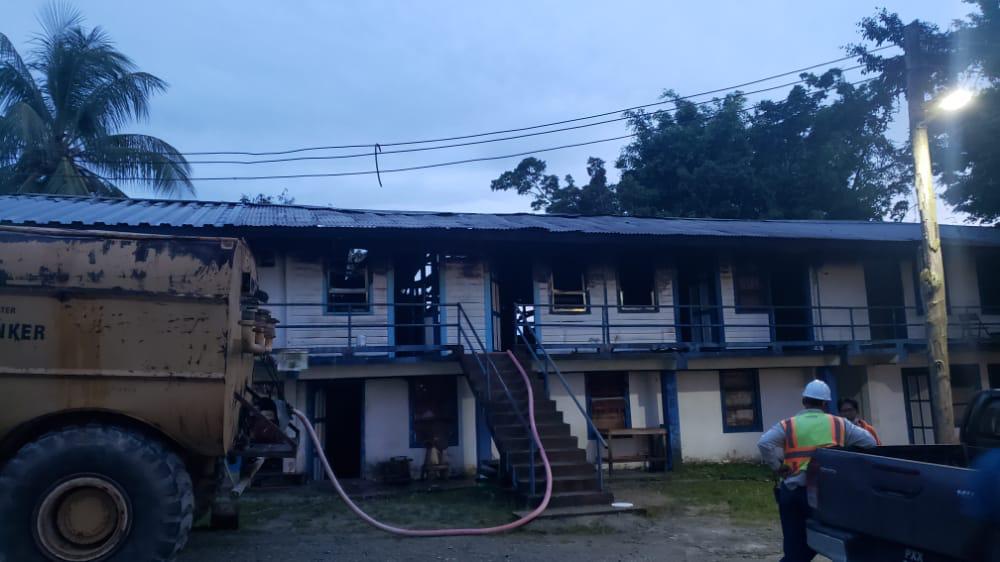 Fire of unknown origin has badly damaged 10 apartments at BK Quarries, Mazaruni River and a Venezuelan worker, who was the lone occupant in the building at the time,  has been badly burnt.

Police said the fire occurred at about 2:45 Thursday afternoon.

“According to the worker who is 34 years old and a Venezuelan National, at the time mentioned he was in his apartment asleep when he was awakened by the fire which had engulfed his apartment,” police said.

He informed investigators that he ran out of the building and raised an alarm, prompting workers to respond with an onsite water tender.

The blaze was extinguished, but in its aftermath, ten apartments were severely damaged, police added.

The injured worker was taken to the Bartica Hospital where he was admitted with first and second degree burns.

He was the sole person in the building at the time, police said.