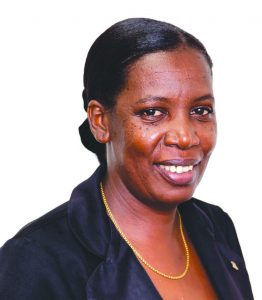 Amid a steep rise in the cost of living, the Guyana Public Service Union (GPSU) has again requested a meeting to begin wage and salary negotiations for 2020-2021.

“It should be noted that there is an astronomically increase in the cost of living and the last salary increase was granted in 2019, and allowances were reviewed more than two decades ago. The purchasing power of workers has decreased significantly,” GPSU 1st Vice President Dawn Gardener told the Permanent Secretary of the Public Service Ministry.

The union notes that in recent days, the cost of gasoline has increased by GYD$5.00.

The GPSU is now asking for a meeting to be held this week.

The union says there is a sharp increase in the cost of living and the last salary increase was granted in 2019, and allowances were reviewed more than 20 years ago.

As a result of the more than one month long flood, consumers have been paying several times more for fruits and vegetables as well as some meats.

The GPSU says its several requests dating back to September 1, 2020 and the most recent being April 27, 2021 requesting urgent meetings to commence outstanding negotiations for wages, salaries and allowances for the years 2020 and 2021 have been ignored.  “Those letters were neither acknowledged nor were efforts made to set a meeting date to commence negotiations, even though reminders were sent,” the union added.

This, the union says, is a violation of the agreement with government on the avoidance and settlement of disputes, the Trade Union Recognition Act and two International Labour Organisation Conventions.

The GPSU has not signaled what will be its next step if the government again does not reply.

Recently, the Leader of the People’s National Congress Reform, David Granger publicly criticised trade unions for not representing workers sufficiently but instead rely on issuing statements and calling press conferences.

2021-07-11
Denis Chabrol
Previous: ‘Do not reply’ says Police Commissioner after question on disappearance of $3 M reward from CID headquarters
Next: GTT adds more Call Centre agents; more to be trained