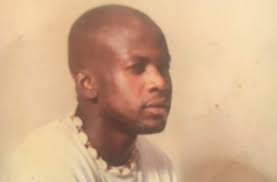 The Director of Public Prosecutions has asked the Police Complaints Authority (PCA) for more information about the shooting death of a suspected bandit  in mid-May by a policeman while the suspect was being transported to a station, a DPP Chambers official said Tuesday.

The Police Force had dispatched the file to the DPP last week for advice on how  to proceed with the policeman who has been on ‘open arrest’ for almost two months now.

Headley, a robbery suspect,  was shot dead on May 16 in a car while he was being taken to a police station. Since the incident, the constable was now not allowed to leave an assigned location of the Guyana Police Force.

Police have already said that Headley was shot by a constable who had been sitting behind him after he saw the suspect reach for something under the car seat.

Commissioner of Police, Nigel Hoppie had said that the Police Complaints Authority had been asked to assist with the probe as part of efforts to guarantee independence and fairness.