Elsa is the first hurricane to hit Barbados in 65 years 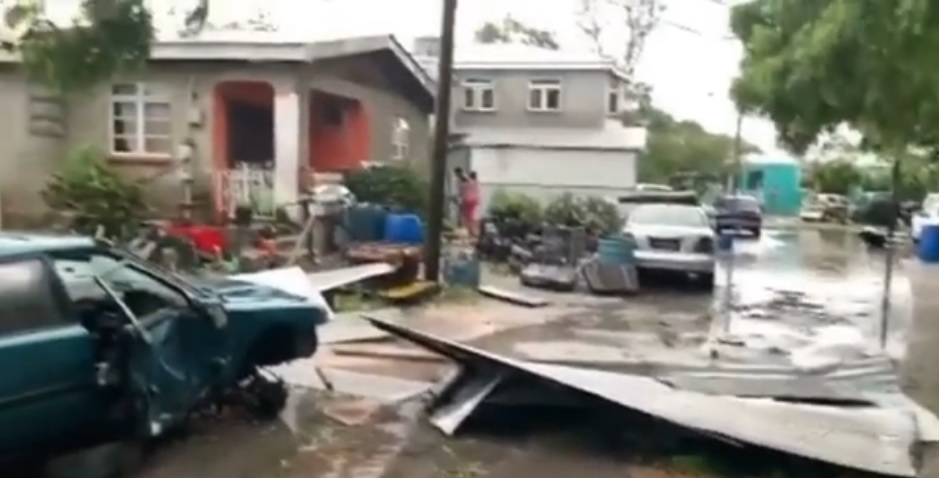 The first hurricane to hit Barbados since 1955 has already caused island-wide destruction as it battered the island earlier today.

Tropical Storm Elsa was upgraded to category one Hurricane Elsa around 8:00 a.m. as it continues to dump heavy rains across the island with maximum sustained winds of near 74 miles per hour.

But, in less than one hour, the system was again downgraded to a Tropical Storm as it showed signs of weakness.

Reports of widespread families trapped in their homes, collapsed houses, roofs off, damaged homes, power and water outages were among some of the reports called into the National Emergency Operations Centre at the Department of Emergency Management as Tropical Storm Elsa continued her onslaught.

But, amidst that, Minister of Home Affairs, Information and Public Affairs, Wilfred Abrahams, said there were no reports of serious injury or loss of life.

“Barbados, please be safe…. Property can be replaced so exercise your common sense in making your next decision,” he stressed,

He noted that the power outages were likely to continue as winds affected the network and grid. He explained that officials would be unable to come out during the adverse weather to correct faults.

“All we can do at this time is take the information and get a response ready for when it is safe to do so,” Mr. Abrahams said.

Director of the DEM, Kerry Hinds, also implored residents to stay indoors and avoid venturing outside.

“We are in the brunt of the weather now. Once it is safe to do so, we will respond,” she said. (BGIS)