Minister of Governance Gail Teixeira late Thursday night publicly told two United States (US) Democratic Congressmen that her administration was not discriminating against anyone and that the way would be cleared for dialogue and constitutional reform when the opposition coalition recognises the government.

“We are pleased that our friends in the United States are monitoring Guyana and watching out for our interest and we wish to assure them that we will continue as a democratically elected government to stand by our constitution and the protection of rights,  the protection of rights of all Guyanese regardless of who they voted for and for what ethnic group they belong to, what gender they are and what part of Guyana they come from and what race,” she said in a statement to government’s Department of Public Information (DPI).

Chairman of the US  Congressional sub-committee on the Western Hemisphere Albio Sires and Congressman Hank Johnson have within a matter of days last month urged the Guyana government to ensure that Guyanese benefit from the nation’s wealth and that there is inclusive governance. Mr. Johnson on Wednesday went a step further, stating that “Guyana’s wealth is for all the people of Guyana, irrespective of their ethnicity.”

On the Congressmen’s call for Guyanese to benefit from oil revenues, 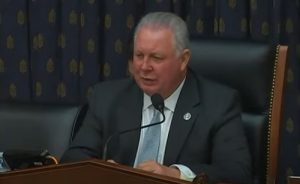 the Governance Minister remarked that “we’ve been saying this all the time” and all of government’s programmes are designed to ensure that everyone benefits from an expanded economy. “We have been moving to ensure that all Guyanese are benefitting from the wealth of our country prior to oil, during oil and after oil,” she said.

In apparent reference to the call by Messrs. Sires and Johnson for inclusive governance with the current government, the opposition, business and civil society, the Governance Minister said her administration believed in parliamentary and participatory democracy in keeping with Guyana’s constitution as reflected in poverty reduction housing, delivery of potable water, and the electrification of rural and interior communities.  Ms. Teixeira said it is the APNU+AFC and officials of the Guyana Elections Commission that had sought to hold on to power for five months after Guyanese has voted in the March 2, 2020 general and regional elections and even after the declaration of the results on August 2, 2020 continues to call the government “installed” . She said 30,000 persons, including 2,000 public servants, had lost their jobs during 2015 to 2020.

Ms. Teixeira, who is also a long-serving member of her People’s Progressive Party’s Executive Committee and government Chief Whip, said her government was committed to engaging the opposition after it recognises the legitimacy of her administration. “We are committed to the sustainable development goals, we are committed to Article 13 of our Constitution, we are committed to constitutional rule of law and participatory democracy but it cannot be the rule of those who refuse to accept democracy and those who do not accept the will of our people of our country, who elected the People’s Progressive Party. We won’t be bullied. We were bullied for over five years and, therefore, we look forward to the APNU+AFC taking a mature political position of recognising the PPPC as the legitimate government of our country and then the opportunities for dialogue on a number of issues become opened and so we wish to assure our friends in the United States that we are committed,” she said.

While the A Partnership for National Unity+Alliance For Change (APNU+AFC) has not unambiguously recognised the PPP administration, it has called in the National Assembly to be part of a joint process with the government to hold talks on the emerging oil and gas sector as a means of getting the best deal for Guyana. 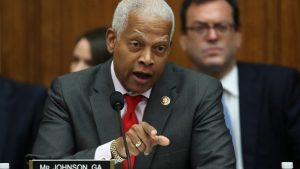 The Governance Minister, in referring to claims by APNU+AFC that its supporters are being excluded from flood relief, noted that assessments have been conducted by the Caribbean Disaster Emergency Management Agency (CDEMA), several United Nations organisations and civil society. Hampers, hygiene kits and cleaning materials, she said, have been distributed to flood-affected communities. “No one has been left behind. Persons who may not have gotten are those who were not flooded and so it is not a situation where everyone could get but there are people who suffered tremendously but they are only now in certain areas water is going down after livestock and people’s homes were damaged,” she said.

“We are not here to discriminate against anybody but we’re here to represent people who need and so the point the opposition has carried is that some people aren’t getting flood relief that they should be getting,” said Ms. Teixeira.

The APNU+AFC has accused the PPPC administration of dismissing more than 1,000 government employees on coming to office in August, discrimination in the delivery of COVID cash grants, and flood relief as well as excluding the opposition in playing a meaningful role in Guyana’s emerging oil and gas sector.

But the Irfaan Ali-led administration has denied all of those accusations, instead calling on the opposition to provide concrete proof and pointing out that one of its representatives is on the COVID-19 Task Force. The government has also urged the opposition to submit the names of those who have not received COVID cash grants.