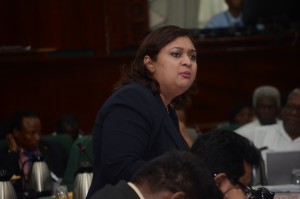 Minister of Education, Priya Manickchand on Wednesday floated the idea of licensing teachers in Guyana, even as an educator strongly underscored the need for training to prepare teachers to become principals.

They were participating in a virtual discussion on Legislative Action- Education as part of the observance of the United States’ National Caribbean Heritage Month.

Ms. Manickchand said eventually Guyanese would be asked to buy-in to a number of changes aimed at enhancing the quality of education delivery, while  highlighting that some initiatives are best done through the Caribbean Community (CARICOM). “How do we introduce licensing of teachers which we don’t yet have here in Guyana… You have to earn this position…Doctors have to be licensed every year to make sure their skills are in place. If teachers are are not where they should be, determined by an independent board somewhere and independent structures that objectively determine whether they should stay in the system and so you’re slowly killing thousands of human beings,” he said.

The United States is among several countries that license teachers before they are allowed into the classrooms. 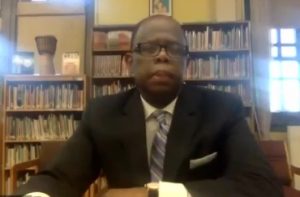 While noting that over the past 30 years, the number of trained teachers has increased to as much as 70 percent, she said informal assessments have shown instances in which long-serving teachers are not always good school managers.

The Minister of Education says Guyanese will eventually be urged to support a change in the way teachers expect to be promoted as administrators based on the expectation of long-service. “What is it right now is that if you come in early enough and you live long enough, you will be a principal somewhere but over the years informal assessments of this person who is teaching might have thrown up that they are wholly incapable of being leaders, sometimes even staying in the classroom,” she said. She questioned how that could be changed when the Teachers Union and the Teaching Service have become accustomed to leadership being linked to long-service although “everybody knows that this will not be good for the students, school, teacher, country.”

United States-based Jamaican Educator, Dr. Colin Wolfe says the system should be changed in which principals are appointed based on education theory.

Dr. Wolfe says universities and teachers’ colleges should offer programmes on how to become principals to deal with budgeting, fiscal management, leadership and goal-setting, developing sequential action plans and solving obstacles. “I would like to see a paradigm shift there from just mere education theory, both at the teachers college and at the university level, where there is an institute that teaches prospective principals how to be leaders,” he said. Dr. Wolfe observed that a lot of principals in the Caribbean are not properly equipped with the tools to lead schools in a culture that is evolving from a colonial model to a more modern contemporary model that requires the principal to be multi-talented,” he said.

He recommends that a participatory fact-finding mission be conducted in the Caribbean on the various roles of principals in order to gather data and make recommendations.

Meanwhile, the Minister of Education suggested that the Diaspora could help Guyana in the area of education by providing human resources rather than mere donation of books and other materials.