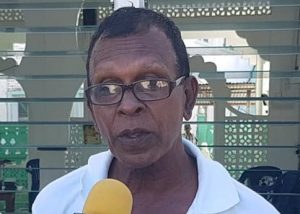 The General Secretary of the People’s National Congress Reform (PNCR), Amna Ally on Monday said the Vice Chairman of Region Three will take over from Thandi Mc Allister, who has resigned from that party altogether.

Ms. Ally said the PNCR Vice Chairman would “step up” until fresh elections are held whenever the coronavirus situation improves and allows for a Regional Conference to be held. “They have structure and there is a Vice Chairman who will step up to the plate until they have elections…Because they have COVID, none of the regions can have assemblies,” she said.

The General Secretary said Regional Conferences are constitutionally due in November but she was unsure what would happen in light of the pandemic. “You can’t put your people at risk,” she added.

Ms. Ally declined to react pointedly to Ms. Mc Allister’s resignation that took immediate effect on July 15, 2021. “She didn’t give reasons, I don’t know and I don’t want to speculate,” she added.

When contacted earlier Monday, Ms. Mc Allister declined to provide details about the reason for her quitting the PNCR with which she and her immediate family have had a close relationship for several decades.