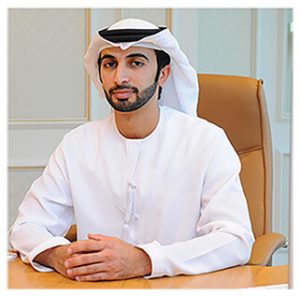 “A full explanation of the vaccine racket is demanded of President Irfaan Ali by the Guyanese people,” Mr. Harmon said in a statement.

Health Minister Dr. Frank Anthony, in response to questions by opposition parliamentarians,  named Sheik Ahmed Dalmook Al Maktoum of the UAE as the supplier of the jabs. He, however, brushed off questions about Norwegian Per Morten Hansen who has been convicted for several financial crimes, is wanted by Belgium and is under investigation in Norway for alleged tax fraud. Mr. Hansen has reportedly denied being part of any vaccine trade.

” The PPP was eager to engage with Sheik Al Maktoum and his dubious associates to close deals and hand over billions of dollars of Guyanese taxpayers monies,” Mr. Harmon said.

Faced with a high rate of infection, a global shortage of vaccines such as Pfizer, Moderna, Johnson and Johnson and limited supplies directly from India and through the COVAX facility, the Health Minister explained that Guyana opted to buy the Sputnik V and Sinopharm vaccines. He said that compared to an estimated 10 percent vaccination rate in sister Caribbean Community (CARICOM) member states, Guyana’s vaccination drive has covered more than 44 percent of the adult population.

Relying on a Norwegian media report, Mr. Harmon charged that the Irfaan Ali-led administration did not do any background checks and so this has resulted in “executive recklessness”, raising several issues such as the government “knowingly engaged” in an international vaccine racket, and price-gouging transaction that has resulted in overpaying over GYD$600 million of Guyanese taxpayers money for the Sputnik V vaccines.

The Opposition Leader alleged that the PPP administration was involved in a corrupt transaction that was deliberately  sewn together to defraud the state and benefit a few people.

Opposition Leader Joseph Harmon asked the Health Minister to justify how Guyana has paid more for the vaccines- Sputnik V at US$24.00 per dose instead of US$10.00 and Sinopharm at US$16 instead of US$5. In response, Dr. Anthony said the higher prices are due to scarcity and transportation.