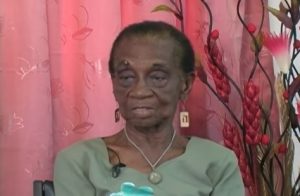 Up to her retirement from government service a few years ago, Ms. Rogers had been a long-serving Administrator of the National Cultural Centre.

She died at her niece’s residence at Parfaite Harmonie, West Bank Demerara.

Ms. Rogers was also associated closely with the National School of Dance, the Guyana Music Festival and Theatre of Guild. For more than a decade, she served as the Administrator of the National Cultural Centre.

Musician Marilyn Dewar remarked that with Ms. Rogers, who was a devout Anglican, she has left an indelible mark. “She has contributed to so many things in Guyana and her contribution is immense. With her passing, well I think that because she was suffering so much, so long, it’s a relief that she passed but we will miss her being around. She has touched so many lives,” Ms. Dewar told News-Talk Radio Guyana 103.1 FM/ Demerara Waves Online News.

Ms. Dewar added that Ms. Rogers has “touched so many lives” in the areas of education, drama, music, costuming, administration and in her own St. Phillip’s Anglican Church.